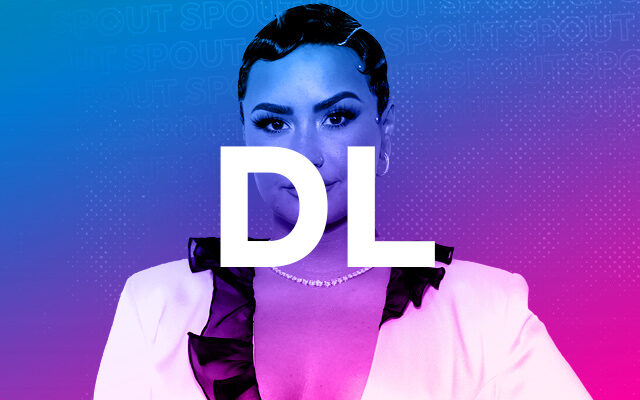 Demi Lovato is a multi-decade, multi-talented, multi-media global superstar. Starring in dozens of television shows and films, releasing seven studio albums, touring the world several times over, and mentoring future artists on The X Factor, all before turning 30, are accomplishments out of reach to most people. Still, few are built for it, and sometimes even those who are can crumble under the pressure.

Demi joins host Tamara Dhia to explain the deep connection between her album and her sobriety, being non-binary and what lead her to that self-discovery, and her recent pronoun change. Demi also discusses her return to rock music and the real reason for stepping away from her previous pop sound. We even go back to Demi’s earliest time in showbusiness and reflect on her days on the Barney set with co-star turned bestie, Selena Gomez.

This episode of the Spout Podcast proves once again that Demi Lovato is growing as an artist, person, and entertainer and still has much more on the horizon.

Winter weather, flu season and busy schedules all have an impact on blood donations and blood supply. […]

This program is for low and middle income taxpayers, in addition to those age 60 and older. […]

As our temperatures drop, the need for blood goes up! Winter weather, flu season and busy schedules […]